One of my favorite authors is coming out with a new book.

I find that comical. Don is single, or was. He recently married at 42. And his book is about what it’s like to live with another person after so many years of being a self-proclaimed hermit. Well, writers are hermits. That’s part of their DNA. You can’t write while you’re carrying on at a party, or watching a movie, or attending church. You can’t write while having a conversation with your spouse either.

I’ll bet his wife is an extrovert dragging him into public places with friends and family and ruining his writing time.

I think he should have waited at least 7 years to write it. He’s still in the honeymoon stage of married life. Nothing he says now is going to be true later. But it’s too late. He didn’t consult me. 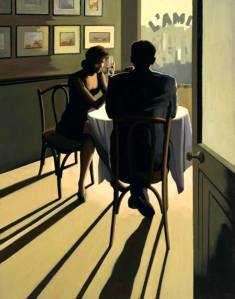 I loved his Author’s Note:

“Somebody told me we will never feel loved until we drop the act, until we’re willing to show our true selves to the people around us.

“When I heard that I knew it was true. I’d spent a good bit of my life as an actor, getting people to clap—but the applause only made me want more applause. I didn’t act in a theater or anything. I’m talking about real life.

“The thought of not acting pressed on me like a terror. Can we really trust people to love us just as we are?

“Nobody steps onto a stage and gets a standing ovation for being human. You have to sing or dance or something.

“I think that’s the difference between being loved and making people clap, though. Love can’t be earned, it can only be given. And it can only be exchanged by people who are completely true with each other. I shouldn’t pretend to be an expert, though. I didn’t get married until I was forty-two, which is how long it took me to risk being myself with another human being.

“Here are two things I found taking the long road, though:

“Applause is a quick fix. And love is an acquired taste.”

Calvin says, “Oh no, why can’t he leave well enough alone. Intimacy is a well loved bone by the fire.”

2 thoughts on “Not Yet, Maybe Later”