I watched the last debate. Alf left the room saying, “I’m exhausted.” He was right of course, the entire nation has been on a marathon run of insults, lies and scandal.

We have arrived at reality TV status. Not surprising since we thrive on this genre. Why would we expect our candidates to be anything less than entertaining? 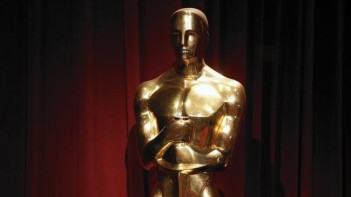 he one-liner attack. There were moments, especially up close, he looked like the Grinch in pancake make-up.

Clinton looked starched and at moments scared. Behind her rehearsed poise, she was bracing herself for the inevitable questions about the disgraces in her life. However, she was so well scripted that she pulled off the performance of a lifetime. She deserves an Oscar for the best performance of an actor in a leading role. It’s no surprise that her personality type either goes in for acting or politics.

If Trump wins the presidency, we will get all the glam and eye-candy we crave. The media will drool capturing Melania’s every model move. She will light up the White House and elevate it to mogul status. That in itself will distract Putin and ISIS for a while.

Clinton, on the other hand, will be returning to her old digs with her scandal-worn philandering partner. A rather stale spectacle in comparison.

Calvin says, “Do you know what’s really a shame? There’s no mention of a dog coming to the White House. But then again maybe they’re too many already.”