It was beginning to appear that her interesting face covered a most uninteresting mind. – Anne Perry

He would look at you as is he were really interested in all you said. H 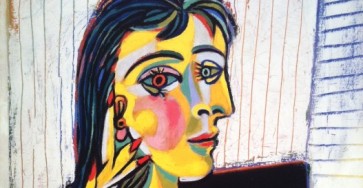 e never seemed to be merely polite. It was almost as if he were half expecting you to turn out to be special, and he did not want to miss any opportunity to find out. – Anne Perry

Don’t mistake a street address for where you actually live. – Ruth Reichl

Art is what we call the thing an artist does. It’s not the medium or the oil or the price or whether it hangs on a wall or you eat it. What matters,
what makes it art, is that the person who made it overcame the resistance, ignored the voice of doubt and made something worth making. Something risky. Something human. Art is not in the eye of the beholder. It’s in the soul of the artist. – Seth Godin

“So was that the reason you left Herminia?” Miss Prim said.

He looked at her in silence for a few seconds, as if trying to guess what lay behind her question.

“I think you didn’t really love her,” she said.

“No, that’s where you’re wrong,” he said firmly. “I did love her. I loved her very much. But the day came, or maybe the moment, I don’t know, when I realized that she was asleep, whereas I was fully awake, absolutely, and totally awake. I’d climbed like a cat up onto a roof and I could see a beautiful, terrible, mysterious landscape stretching out before me. Did I really love her? Of course I did. Perhaps if I’d loved her less, cared for her less, I wouldn’t have had to leave her.”

“I thought the religious were closer to other people than anyone else.”

“I can’t speak for anyone else. I only know what it’s meant to me. It’s been my touchstone, the line that’s split my life in two and given it absolute meaning. But I’d be lying if I said it’s been easy. It’s not easy, and anyone who says it is is fooling themselves. It was catharsis, a shocking trauma, open-heart surgery, like a tree torn from the ground and replanted elsewhere.

“And there’s something else,” he continued, “something to do with looking beyond the moment, with the need to scan the horizon, to scrutinize it as keenly as a sailor studies his charts. Don’t be surprised. My story is as old as the world. I’m not the first and won’t be the last. I know what you’re thinking. Would I turn back if I could? No, of course not. Would a newly awoken man willingly go back to the sleepwalking life?”

–         From The Awakening of Miss Prim by Natalia Sanmartin Fenollera

Calvin says, “Oh brother, what have you been drinking?”