Have you noticed how quickly airports shut down at the first sign of rain that splashes the tarmac? Twice now I’ve been left waiting at the gate for hours for the weather to clear up. Another time the arrival airport had too many planes in the air and couldn’t handle all that traffic at the same time. All because it was raining. Really? Where have all the cowboys gone who could ride the storm like a bronco? I guess they’re afraid of a lawsuit if they skid off the runway. 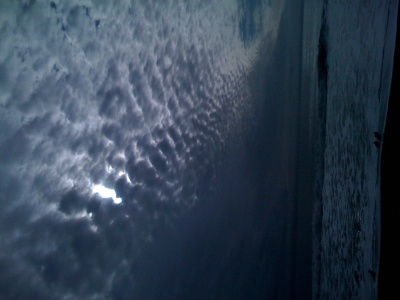 Just recently I was scheduled into O’Hare from San Francisco. As soon as we reached Chicago airspace we began to do the loopy loops. I knew instantly we weren’t going to land. This went on for an hour. O’Hare had shut down because of stormy weather. And then we got re-routed to Grand Rapids. We landed and parked on the tarmac. For four hours. Other planes began to arrive. Pretty soon the small airport looked like a boneyard. It reminded me of the musical, Come From Away where 38 planes and 6,700 passengers were redirected to Gander, Newfoundland during 9/11. Except we didn’t have any catchy tunes to accompany us or trays of sandwiches and hot coffee greeting us. Eventually the airport gave us a gate, we disembarked, raced to the bathroom, bought some snacks, re-fueled and then boarded again. We finally got permission to fly into O’Hare. By then my connecting flight to Warsaw was long gone, and I was left to navigate the airport maze in search of another flight.

I’ve been flying all my life. I’m used to flying in all kinds of weather. Once, I was on board a plane in Argentina in torrential rain. I mean sheets. With lightning and thunder for special effects. We shoved off from the gate and headed toward the runway. The plane in front of us got clearance to leave. It tore through the rain like a torpedo, leaving a wake of water behind, climbed into the storm clouds and vanished. Our captain, watching this no doubt from the cockpit, had second thoughts because he turned and inched our plane to a parking spot. “My wife told me not to play the hero, so we’re waiting for this storm to move on,” he told us. I immediately liked his wife. I liked him even more for heeding her advice. On the other hand, I’ve been on planes when an engine blew out just before landing in Mexico City. On another one, the turbulence was so frightening I wanted to die. My seat-mate, a pilot said, “Don’t be afraid. Planes are built for this.” That didn’t help my stomach flipping over, making me grab the vomit bag.

Calvin says,”That’s why my preferred way to travel is four paws on the ground and my GPS nose.”

One thought on “A Little Rain Will Do It”