I grew up in three cultures – British, Mexican and Lebanese. Some days I don’t know who I am, which I’m told is normal for someone whose roots go all over the map. The customs and foods and quirks unique to each one requires a passport. Later in life I discovered I was also Jewish, so I added that to my identity profile. Being Jewish explained a lot. It informed my searching for home. My nomad existence. 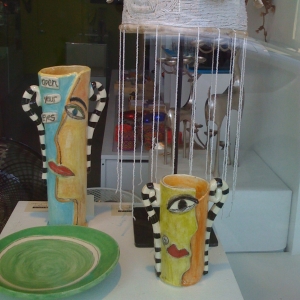 Never feeling I’ve settled down with any one particular place or group of people. It explained my love of Jewish music, especially the minor key.

Over the years, I’ve learned to live with the tension of identity. I’m able to live in a Latin culture as well as a British one. I put them on like a coat. I equally relish a plate of tacos as lamb kebab with hummus. There are days I need a steaming cup of yerba mate tea for comfort, but there are other times when only a mug of cinnamon coffee will do.

I’ve spent more time in the United States than anywhere else now. I understand the language, the people, and the traditions, but there are days when my heart longs to hear Spanish, my native tongue, to feel the slower pace of life, and enjoy the connections to family that go back centuries to when they too came from other parts of the world.

Calvin says, “I’m glad my roots only go back to Napa, the beagle-wine producing region of the world.”

3 thoughts on “A Chameleon Life”