The Giants pulled it off last night – barely. It seems they thrive under pressure like our two presidential candidates. But unlike the Giants, we have to live with one of these people for the next four years. I wish we had a probationary period of a year, then we re-evaluate if the new president is doing his job or not. I like how the British handle their politicians. If there is a loss of confidence and support, they step down and call for a new election. I’m always amazed how many are waiting in the wings to fill the vacancy. You’d think the British would need a few months to ask for resumes to find someone who was a good fit to lead the country. Instead, you wake up the next day to see a new prime minister move into 10 Downing Street. 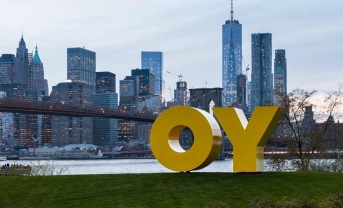 This year American politics has succumbed to an all-time low. It reminds me of a bull fight, except instead of a bull and a matador, we have two bulls locking horns and skewering each other. The issue of character, composure, and class has been trampled. Neither one has given us their plan for the country except in sound bites. If you’re interested, Hillary says to go read her book. I saw it in Costco last week. It’s a paperback that looks like it’s been culled together overnight by a team of star-struck high schoolers in a stuffy basement somewhere. It’s written for an eight-year old reader. That shows you what she thinks of us, or is the book for the non-American and non-citizen who is going to vote this year?

The Giants play again tonight. They must win if they’re going to stay in the game. As for Donald and Hillary, I’m hoping neither wins. Their VP candidates would make better presidents.

Calvin says, “Stick to baseball. At least there’s a ball to play instead of dirty laundry.”

I visited an orthopedist today for what I diagnosed as a rotator cuff sprain in my left shoulder.

He wouldn’t take my word for it, so I had to get x-rays to prove I was correct.

The x-ray technician looked like a teenager. I asked for a thyroid shield. He reluctantly produced one, but wasn’t happy with the idea. “What if it shields some of the views and then we have to repeat the process?” he asked me with a smirk. I wanted to smack him. I gave in. Probably a bad idea but it was better than having to take three additional pictures if he was right.

Then he said, “Don’t worry, it’s a low dose of radiation.”

“So come over here and stand with me,” I said smirking back as he ran behind the protective wall.

Three x-rays later I was in the examining room being interviewed by the orthopedist. “What did you do to yourself?” he asked as he looked at the pictures.

“I played polo and lost, and when I dismounted my horse bit me in the shoulder.”

The doctor’s eyes got as big as the knee facsimiles on his counter.

“Just kidding. I don’t know what I did. I woke up one day with my shoulder aching and it’s been complaining ever since.”

“Hmm…well I can offer you drugs, physical therapy or a cortisone shot. What will it be?” He sat there staring at me like a bartender while I processed.

None of the choices appealed to me.

“Drugs go all over your system,” he said doing circular motions over his chest and stomach with his hands. “Physical therapy might not work. The cortisone shot is localized and will take down the inflammation, which you certainly have after your run-in with your polo partner.”

I gave in to the shot.

He rubbed novocaine on my shoulder and shot the liquid into the muscle, like a vet with a horse.

“Call me in a few weeks. I’m going on a fox hunt to England.”

Calvin says, “Hey, take me with you! I’m closer to the ground. I can sniff out that fox faster than my paisano pack.”

The London 2012 Olympics have begun.

Last night most of the world watched the opening ceremonies from pubs, outdoor giant TV screens, or at home.

The stunt James Bond and the Queen pulled off was, well, quite stunning.

Who knew the Queen was such a good sport? She must have been in rehearsals since Beijing.

Give me James. He can parachute into my kitchen for breakfast anytime he wants. Or for lunch. Or tea time. Dinner too. Especially dinner when he wears his tux, requests his martini shaken, not stirred in that snobby way of his, and then says, “James. James Bond” to whomever is inquiring. Even if it’s only to remind himself.

But getting that view of the queen’s bloomers and those dangling white legs as she fell from the night sky was shocking, to say the least. I was relieved it happened quickly because I was embarrassed by that vision in peach chiffon. Sort of like a cream puff with appendages descending from the sky. I think I felt a collective shock all around me.

After that entrance, everything else was a let-down.

Calvin says, “That collective shock came from me. I ran and hid under your skirt.”