I’ve heard everything now. A friend’s daughter is hosting movie nights with her buddies via computer. Don’t ask how they’re doing it, I haven’t a clue, but they have dinner together and then sit back and relax and watch the movie. I’m sure a lot of people are doing this. What an ingenious way to stay together. It’s like having family when you want it without the drama. Clever.

I have to think of something like this with my siblings, but it won’t work. We can’t agree on anything, especially what movie to watch. It’s the same with music. This forced lockdown is making me guilty that I’m not putting aside my differences in order to re-engage with them. But I know better. I spoke with a neighbor today and she’s going through old photographs of herself with her family. That might work, but I’m afraid it would bring up all sorts of things we’d rather leave buried, like the dog that disappeared, and that scar we’d rather not talk about. 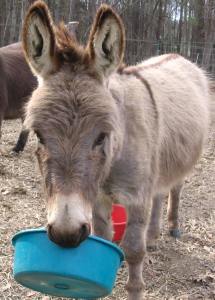 One thing that might bring us together is to talk about funny memories we all lived through and see how each remembers them. It might make us realize we lived a totally different life from each other even while in the same house sharing the same DNA. Like the time we almost set the kitchen on fire. Or when we painted the bathroom blue instead of red and who was to blame for the color mix-up.

One thing is for sure. We’d all remember the pets we had. Especially the flamingos.

Calvin says, “Flamingos? Now I know you’re making this up.”

Alf has surprised me with daffodils and purple flowers popping up this summer. My garden has never looked so colorful even though we have the worst soil on the planet. The Sahara has more chances of sprouting flowers than my front and backyards. It’s hard clay, that when broken up with toil and sweat, smiles at you for a moment, and then calls out to the clods and they come scampering back to form an impenetrable layer of steel that refuses all welcome to things green.

Sort of like the attitude people have when confronted with the truth. It can be about anything. Health, food, books, religion, even where to take a vacation. Nobody likes to be told about something they haven’t thought of themselves. There’s an immediate revulsion. Never mind that what you’re suggesting is really good stuff, and will help them. That doesn’t seem to be the point. It’s being told something they have to do that makes them bristle. So I ask why the TED Talks are so popular, or the online seminars for turning you into a celebrity for 10 minutes garner thousands of likes on social media? Maybe the clue lies in this: if you appeal to a person’s ego instead of his well-being you stand a better chance of being heard.

There’s a word for that – pride.

Calvin says, “Hey, I run away when I hear the word bath.”

I haven’t posted my regular overheard conversations in a long time, so I’ve got a few.

Two young men walking down the street. One was pouring his heart out about a girl he was attracted to, but wasn’t ready to commit to. He didn’t ask his friend his opinion, but he got it anyway. “It’s like this. You can either buy the book or borrow it from the library,” he said. 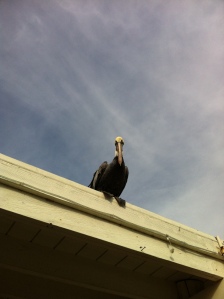 Have you hugged your local reporter lately? No. Because there aren’t any, only idiots who can’t write a sentence, or give you the facts about a story because they aren’t there! They’re picking it up from a wire service, or worse, from Facebook.

Don’t trust a doctor who lives on pills.

A new study says that saturated fat won’t kill you. That’s because it was sponsored and paid for by the cows.

Don’t believe all the likes a picture or video gets. People in the Philippines get paid to click for a living.

Calvin says, “I overheard a conversation at the dog park. It went like this: Woof, woof, come back here, stop that, that’s nasty!”

Ever since the creation of the cell phone, taking pictures of yourself has become an obsession.

We are in love with ourselves.

Wherever we are, we want the world to know of our existence.

At the dentist, on safari, on a camel, petting a walrus, catching soap bubbles, or at the vet’s with Psycho.

All of social media is an excuse to be a narcissist.

I noticed even my dermatologist now has a Facebook page. In a way that makes sense since he’s in the beauty business. Tummy tucks and facelifts and such.  But I’m sure he’s not the one keeping it current. He has no time with a waiting room full of patients needing Botox injections. Some 18-year old is doing it, probably his granddaughter.

Everyone wants to be famous.

From the bailiff to the zoo keeper.

And that requires a photograph.

The one you take of yourself.

On the way to the liposuction appointment.

Calvin says, “No derm docs for me. My fan page is growing everyday.”

Every so often I write about resistance. You know, the distractions we give in to that pull us away from our real work.

In my case, it’s writing. In yours it could be designing the next space vehicle.

Whatever your calling is, you’re familiar with the pull to distract.

Distractions allure you. Out of the blue you long to learn Latin. Or free-fall from an airplane. Or take tango lessons in Buenos Aires.

Maybe it’s not such a large vision that compels you to drop what you’re doing. Maybe it’s bull-riding lessons, finger painting, or singing with your canary.

Sometimes the distraction is even closer than that.

Blogging. (Checking your analytics every hour)

I could go on, but you catch my drift.

The social media platforms are massive distractions! They will absorb you. Consume you. Smother you.

They’re only a worthwhile investment when you’re building a posse of fans for your work.

Otherwise it’s death to your creativity!

Make a pledge to look at these platforms only after you’ve done your work.

Tell a friend to hold you accountable.

And then notice your productivity and creativity soar.

Calvin says, “Yep, when I get pulled off a scent, I end up in a ditch with thorns up my butt.”

“There’s something intimidating about all this social media stuff,” Mark said over a cup of coffee. “For example, let’s take Twitter. I don’t want to be followed. Who wants to be followed?”

“The younger generation, they love that stuff,” Leslie said as she sipped her double-decaf espresso with a hairline’s worth of foam on top.

“It connects them to their friends and family,” she said.

“What’s wrong with the phone or a letter?” Mark said as he sipped his coffee. His coffee was the real kind – strong and black in a cup. No whipped cream. No double shot anything. No flavoring. Just coffee in a real cup.

“Too time consuming. These kids have been raised on instant gratification – from a mother’s breast to tweeting. That’s why these platforms are so popular. There’s no work involved,” Leslie said. She was sporting a miniscule foam mustache on her upper lip. She looked like a milk commercial.

“Too ridiculous for me. I wouldn’t know how to use them anyway,” Mark said.

“Don’t you want to stay connected to me?” Leslie said with a gleam in her eye.

“But you’ve been a bit distant lately,” Leslie said.

“Yes. You’re in your own world. Don’t know what you’re thinking. Makes me nervous.”

“Don’t be. I’m only thinking of you,” Mark said finishing his coffee and putting his cup back on the saucer with a real clink.

They both got up and walked out of the coffee shop.

Suddenly Mark’s cell phone buzzed in his pocket. He pulled it out and opened it. “Let’s talk about me then,” the text message said.

Calvin says, “All this fuss about connecting. That’s what hounds have been doing for years. It’s called packs. We run and bay and get all sweaty together.”